My favorite social media platform is…

I was invited to attend the Chicago Industry Xchange conference held in collaboration between the various local meetings and events professional chapters.  Great event held in the Grand Ballroom at Navy Pier. 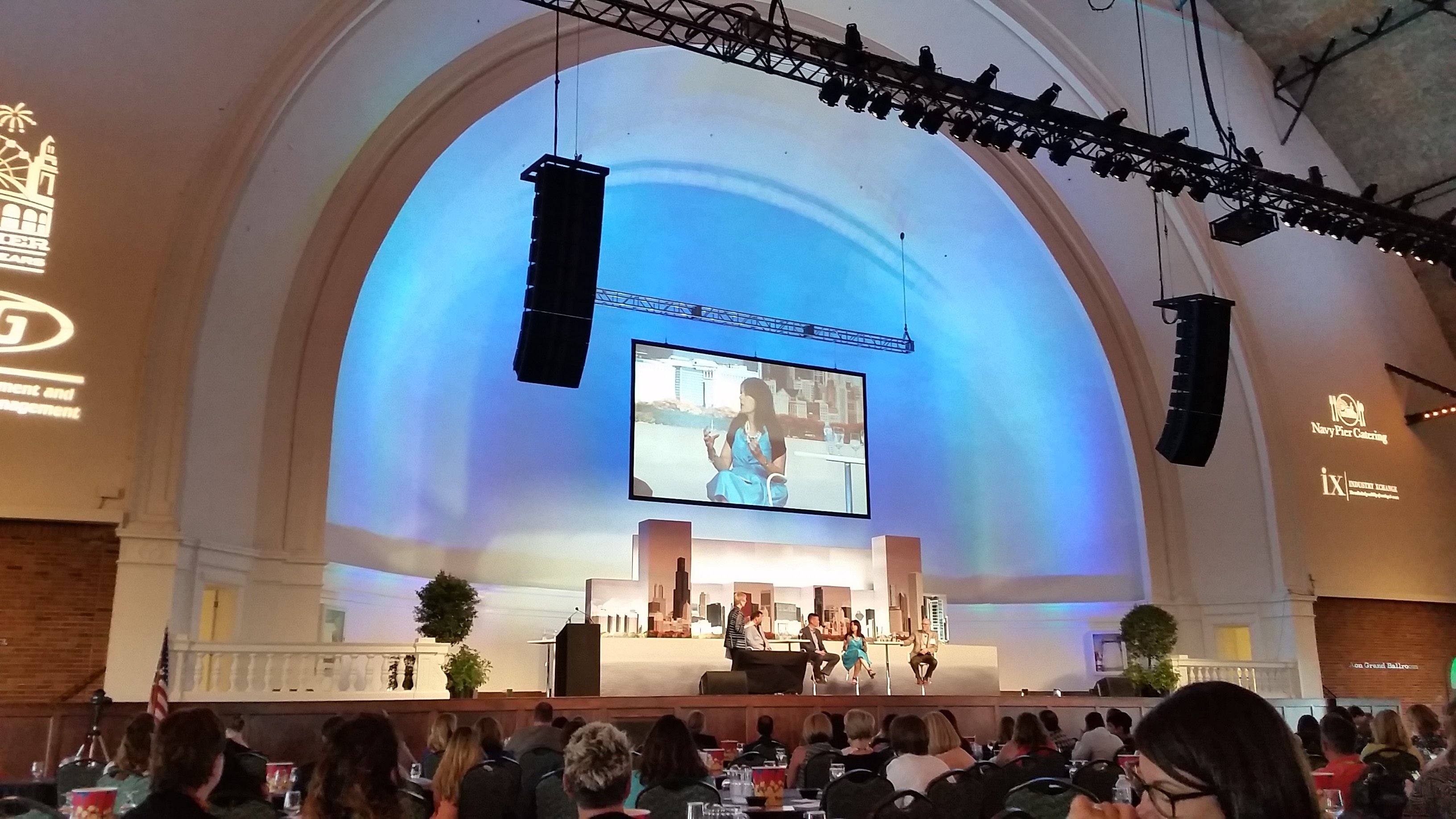 The programming focus was on technology and social media with a keynote presentation lead by Phillipe Cesson. Followed by a panel discussion from other major industry players. (Photo above)

Phillipe is a bright guy and fun to listen to but what was interesting to me wasn’t directly in his presentation.

The conference used a cool mobile polling service where attendees answered questions on their mobile devices.

One of the first questions asked how many years you have in the events industry. Not to my surprise, the greater portion of the audience had more than ten years experience with a majority of that portion over 20 years.  Ok, that gives me an idea that the majority of this audience is probably over a certain age.

Now, the next question:

Was is your favorite social media app?

I voted for Twitter thinking a room of event professionals would agree given all of the conversation and chatter I find during various conventions and trade shows.

GUESS I WAS WRONG 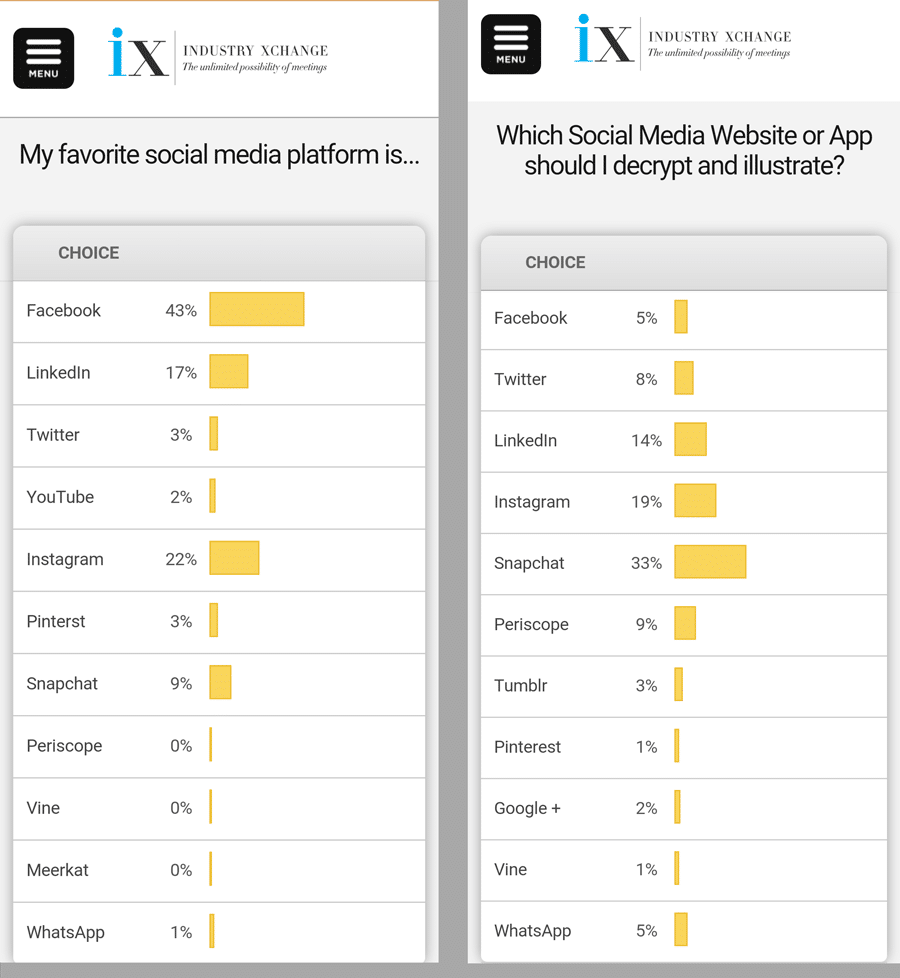 Facebook lead the group with a majority. Don’t get me wrong, this does makes sense to me in a way. The question was broad, what platform do you like. Everyone is likely using Facebook personally since it is the most popular network by number of users. It also tends to have the most diverse user base, in terms of age, and this audience skewed older.

Event planners and organizers, listen up:

I’m in the weeds every day when it comes to social media surrounding large events such as a conference and trade shows. Out of all of the social networks I monitor during a convention, Twitter is by far the most used platform by attendees and exhibitors over Facebook and Instagram.  Probably because Twitter is the strongest social network for conversations with others who are not your grade school friend, college team project member or aunt in law.   Most importantly, you can reach a broad audience quickly as attendees monitor event driven hashtags such as #yourmeetingname16.

During Philippe’s presentation, he polled the audience for which social network they would like to learn about the most.  The results of this campaign are much more in line with what I would consider the norm.  Snapchat is on every marketer’s mind but its user base is not yet the typical association convention goer given the typical demo for Snapchat is millennials born in the late ’90s an now just entering the workforce.

As a social media event marketer, I’m super excited for Twitter as they have really started to corner the market on live streaming video with the acquisition of Periscope and the recent launch of Twitter Live.

Yes, Facebook is now also in the LIVE streaming game but here is how I see it.

Facebook live broadcasts to your existing following.  Twitter/Periscope, you can broadcast live events to almost anyone and the chance of it reaching a larger audience is much higher.   At least with what I see today.

Most important takeaway: It’s all about them.

As event organizers and marketers, you must learn about your audience and provide them with the most value.  If your audience is all about Snapchat then, by all means, use that platform to best serve them.

The best social media is when others share your message to their following.

Provide attendees with ways to engage and make them want to share photos, live video to their personal networks.

When it comes to social media, cater to your dominate demographic.