Years ago, coming down to the Chicago Auto Show as a teenager, I would have NEVER thought I would one day be working at McCormick Place. Every year when the show starts setting up, I have a smirk as I think about the past and how I’m very grateful for the awesome job that I have and how things played out. I’ve also had the opportunity to watch the car show evolve over the years, from a technology and innovation standpoint but also from a social media marketing perspective.

The Automobile and Driver Technology Show!

The auto show as always been a showcase for innovation, every year the automakers unveil their latest and greatest ideas. I remember a few years ago when Lexus was showcasing their new “park assist” feature, which is now starting to become standard on most high-end cars and two years ago when the whole show was all about compact electric cars and hybrids.  What I’ve noticed, especially at this year’s show, is how digital tech and innovation are starting to transform our everyday drivers. There’s no doubt the auto show is evolving from simply a show with rotating cars and trade show models to a tech show with very large gadgets. Excited to watch this continue to evolve in the future.

Social Marketing at the Auto Show is definitely mainstream.

The Chicago Auto Show, in its 1.2-million-sqare-feet all under one roof, has been an innovative marketing tool since it began in 1901.  Today, it’s pretty amazing how social media operations at the auto show have evolved into a really cool and powerful component. I feel it is pretty safe to guess that almost 90% of all attendees, across multiple demographics, will take at least one photo and post it to a social network during or after their visit to the show.

What’s interesting to me is the social conversation is not like typical trade shows conventions where attendees are talking with each other but rather attendees are sharing photos and engaging with friends that are maybe not at the show. The viral social media marketing most campaign managers can only dream of.

This definitely falls into my mantra of offline events can really power online conversation. The production of the auto show is a very expensive way to produce online conversation, but it is really cool how social media has enhanced the events industry in a whole.

Smart gadgets have also evolved the show in a positive way, you don’t see printed brochures and literature as in decades past. I can remember coming home with plastic bags of full of high-gloss brochures and posters to drool over. They were nice but probably better for the environment as they eventually tossed into the trash. 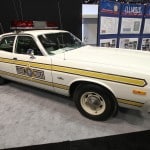 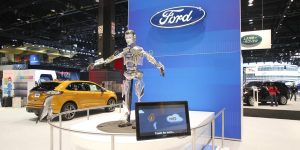 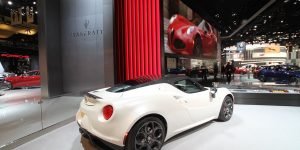 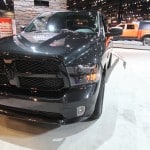 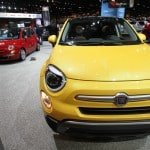 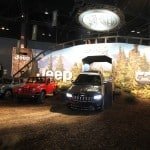 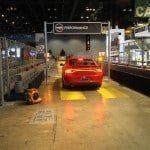 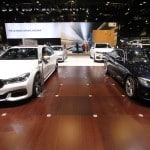 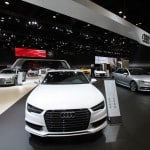 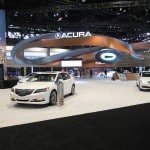 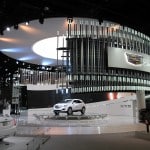 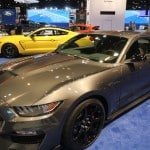